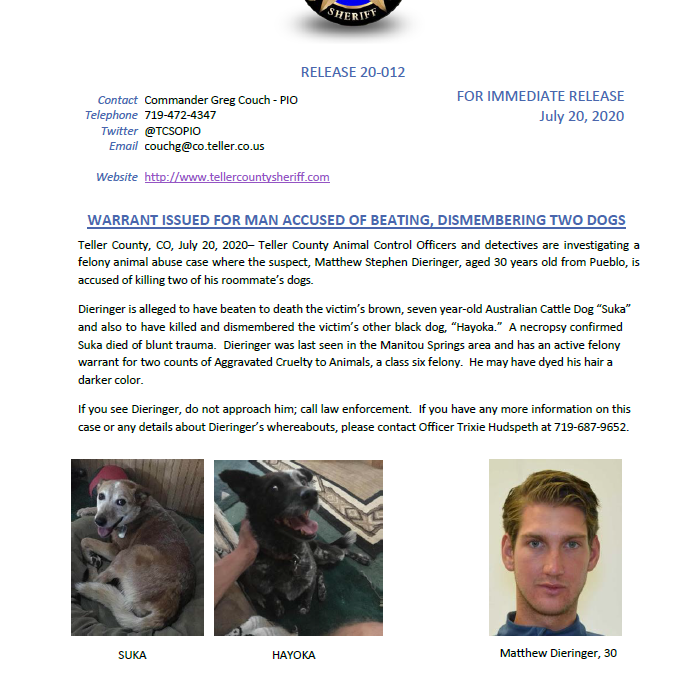 The Teller County Sheriff’s Office has issued a warrant for a man they say beat and dismembered two dogs.

Officials say the suspect is 30-year-old Matthew Stephen Dieringer, a Trump supporter, from Pueblo, Colorado. He is being accused of killing two of his roommate’s dogs.

They add Dieringer was last seen in the Manitou Springs area and has an active felony warrant for two counts of Aggravated Cruelty to animals. At this time, officials believe he may have dyed his hair another color, possibly darker.

In a statement released Tuesday, the sheriff’s department said, “Dieringer is alleged to have beaten to death the victim’s brown, seven-year-old Australian Cattle Dog “Suka” and also to have killed and dismembered the victim’s other black dog, “Hayoka.” A necropsy confirmed Suka died of blunt trauma.”