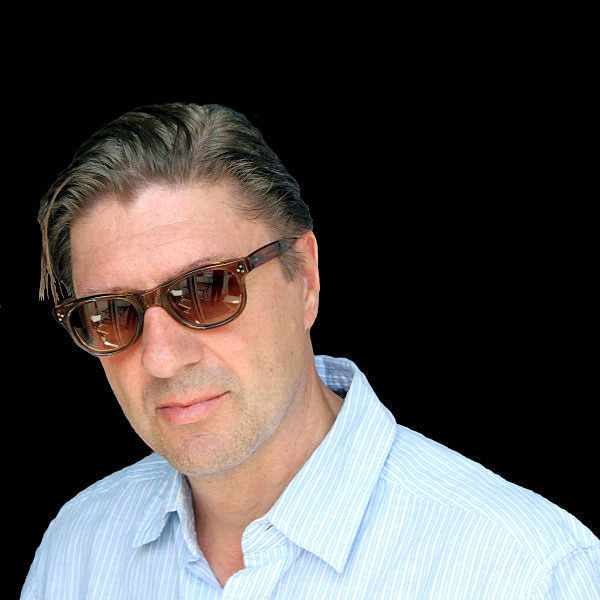 He Is Our Captain

“The Captain of Her Heart,” the hit of the Swiss duo Double, was an international success, reaching #8 in the UK Singles Chart and #16 on the Billboard Hot 100.

Double (pronounced dubb-el -) formed in 1983 in Zürich, Switzerland, by Felix Haug (drums and keyboards) and Kurt Maloo (guitar and vocals) out of the trio Ping Pong of which both Maloo and Haug were members.

The black-and-white music video for “Rangoon Moon” became a cult clip in Europe and got air play on VH1 in the United States.

Two years later, Double became known worldwide with their first hit single, “The Captain of Her Heart,” from their first album, Blue, a best-seller.

In 1987, Maloo and Haug recorded their second and last album, Dou3le, visualized best in the performance of the legendary Swiss mime group Mummenschanz in the award-winning music video for their song “Devils Ball,” featuring Herb Alpert on trumpet.

Double started to work on a third album in late 1988, but due to artistic differences, disbanded a few months later.

Maloo continued his career solo again and released, under his own name, Single (1990), Soul & Echo (1995), Loopy Avenue (2006), and Summer of Better Times (2009). Since 2007, he has been performing with his own band and played several concerts and festivals, including NuNote Lounge Fest in Moscow. Haug died of a heart attack in 2004.

Maloo, talked to Freddy de Freitas, about his career, life, family, and dreams.

I was born Kurt Meier and decided to take the artist name Kurt Maloo in 1975 to sign my paintings. I’ve chosen Maloo for phonetical reasons only, not knowing if the name really exists. Almost 30 years later I got an email from Rohinton Maloo, a business man in Mumbai, India, asking me whatlost cousin of his tribe I was. He told me the story of the Maloo family, of which about 50 people still live all over the world. They migrated from Persia and patriarch of the tribe’s name was Mal, which means big. Arriving in India they called him and his people Maloo.

When did you first start singing?

I was twelve and we had a performance in school around Christmas. We were three musicians wearing white long johns and white shirts in a dark room with UV-light. No one wanted to sing, so I said yes. I think we played Twist and Shout by the Beatles.

Have you always been in the music business?

I used to be a painter in my early twenties, but then gave it up for a career as a musician.

Did Arnold and Babette Meier influence your career? What is your first memory of being inspired by music?

My father was not musical at all, but my mother played the mandolin and came from a musical family, that gave home concerts in the old days. She used to sing and dance with me a lot.

When did you realize you could live as a singer?

I made music long before I was able to live from the royalties of my songs. The Captain Of Her Heart changed everything.

Where did you meet Felix Haug ?

I met him back in 1979 during a music workshop near Zurich, Switzerland.

There was no concept. We had a trio before called Ping Pong and when the bass player left we looked at each other and saw Double.

When writing your songs, is there a particular process you undertake?

I collect ideas for lyrics or complete lyrics in a small black book. When I start to compose I check if there’s anything that might fit. If not I write a few words to set a mood and then go from there.

You achieved international success in 1986 with “The Captain of Her Heart”. What Did you and Mr. Haug expect to happen with this song?

We liked the song very much, but didn’t believe it was a single since music played on the radio had to be danceable or at least more uptempo in the mid eighties. Then some secretaries at the record company started to whistle the piano melody in the office and the A&R got convinced it could be a hit.

Did “The Captain of Her Heart” make you a millionaire?

If it did where’s all the money now ? hahaha…

What particular song does Mr. Maloo find hard to sing live, one that brings back a lot of emotion?

That was a shock indeed. We haven’t been making music together for a long time, although I considered him still my best friend.

Who is your inspiration?

Critics often described your music as “heartbroken soul.” What’s the spin on that?

There’s heart and soul in it. Not so much broken though. Soul in the sense of emotional content, not musical style.

You are from Switzerland, your wife and your youngest son from Germany, your daughter from France. Is your home a section of U.N ?

haha….yes, I considered myself always citizen of the world. Nations are artificial homes. My home is where my heart is.

Do you have an official language at your home?

Is there any chance your kids follow your path or your wife’s footsteps ?

No, both are studying design.

What’s the best piece of advice you have received?

Tomorrow is another day.

What advice would you give to other musicians trying to get off the ground?

Let your music fly high, but keep your feet on the ground.

What hidden talents do you have?

I can be funny, believe it or not.

I have to ask you, what is your favor food?

Any special place for vacation?

Anything warm and beautiful embedded in a cultural background. I’m

If you weren’t singing, what would you be doing?

Writing, traveling and listening to stories of others.

What doesn’t anybody know about the singer Kurt Maloo?

Not much. Kurt Meier has become Kurt Maloo over the years and my public

image is not far away from my private life. I’m writing a book about my life right now and when it’s finished there won’t be many secrets left.

Where can we buy your music?

There are links on my website kurtmaloo.com and basically on iTunes and Amazon.