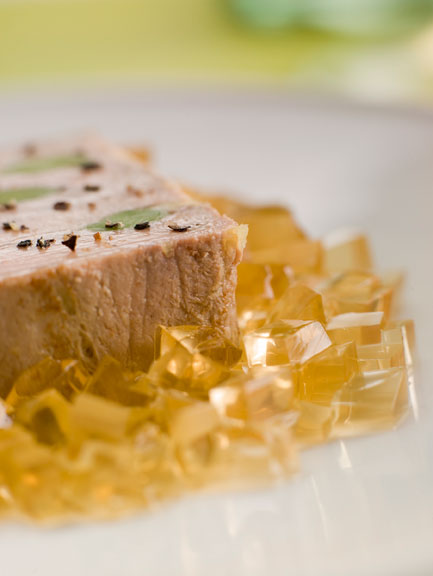 PETA has fired off a letter to Michelin CEO Michel Rollier urging his company’s renowned publication, theMichelin Guide, to stop awarding stars to restaurants that serve foie gras or shark fin soup. In its letter, PETA states that foie gras production is so cruel—it’s the result of force-feeding ducks and geese until their livers are diseased and enlarged—that its production is banned in many countries. The letter also describes how commercial fishers hack the fins off live sharks and throw the animals back into the water to suffocate or bleed to death.

“Eating the body parts of animals who were tortured can hardly be considered fine dining,” says PETA Executive Vice President Tracy Reiman. “Instead of rewarding restaurants that serve these hideous products, Michelin should disqualify them from its ratings.”

I’m writing on behalf of PETA and our more than 3 million members and supporters worldwide concerning Michelin’s awarding stars to restaurants that still serve foie gras or shark fin soup. We hope that after considering the following information, you will be moved to disqualify restaurants from being rated if either item is on the menu.

Foie gras is made by force-feeding ducks and geese such enormous amounts of grain and fat that their livers become diseased and engorged. People around the world are increasingly associating foie gras with extreme cruelty to animals. California has banned the sale and production of foie gras (effective this summer), and force-feeding has been outlawed in more than a dozen countries, including the U.K., Germany, and Israel. World-renowned chefs like Wolfgang Puck and Charlie Trotter have removed foie gras from their menus because of the cruelty inherent in its production. His Holiness Pope Benedict XVI denounced foie gras production as a violation of biblical principles, HRH Prince Charles has forbidden it at Royal events, and numerous companies worldwide have stopped selling this “delicacy of despair.” Please take a moment to watch this videonarrated by Kate Winslet, which depicts foie gras production at several major facilities.

To meet demand for shark fin soup, fishers often cut the animals’ fins off while they are still alive and dump them back into the water to slowly bleed or suffocate to death. In October, California’s governor signed a bill banning the sale, trade, and possession of shark fins to protect the world’s dwindling shark population. California is the fourth state in the U.S. to ban shark fin imports—Hawaii, Oregon, and Washington have already done so.

I hope you will decide not to give the Michelin star rating to restaurants that still serve foie gras, such as Cyrus and L2O, or to those that serve shark fin soup, such as Sun Tung Lok. Please contact me at so that I can let our members and activists know of your decision.