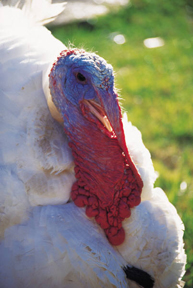 Norfolk, Va. — While some advertisers, such as Kia, used modern computer-generated imagery or animatronics to portray lifelike exotic-animal characters, CareerBuilder proved itself worthy of PETA’s Ass-Backwards Corporation of the Year Award by again using baby chimpanzees in its ad despite learning from PETA, Dr. Jane Goodall, and Anjelica Huston that great apes used in advertisements are taken away from their mothers shortly after birth, violently trained, and discarded at roadside zoos when they grow too large to be controlled. And Hyundai also showed itself to be less than kind to animals by using a real cheetah in its ad.

In addition, Skechers went the opposite way of rescued dog–friendly Budweiserby promoting dog racing, an industry that keeps greyhounds shut in cramped cages and muzzled by their trainers whenever the animals are not racing. When too old, injured, or tired to continue racing, the dogs are often discarded like garbage. For these reasons, dog racing is now illegal in many states.

“CareerBuilder’s cruel and tired old reliance on chimpanzees and Skechers’ attempt to glamorize the cruel greyhound-racing industry show that these companies are hopelessly behind the times,” says PETA Executive Vice President Tracy Reiman. “PETA is pleased to applaud cutting-edge companies, such as Budweiser, and Kia, that think outside the box by creating ads that are sensitive to animals.”

More information about animals used in advertising is available here.