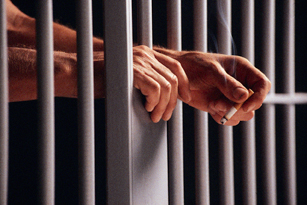 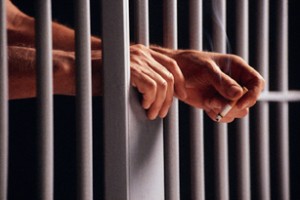 A Vegan Diet Would Save Money and Inmates’ Health, Says Group

Austin, Texas — Earlier today, PETA sent a letter to the Texas Department of Criminal Justice with a suggestion that will help Texas state prisons return to serving prisoners three meals a day, every day: Make all prison meals 100 percent vegan. In the letter, PETA explains that vegan foods, such as lentils and beans, can be bought inexpensively in bulk and contain more nutrition per calorie (and per dollar) than meat, dairy products, and eggs. The prison system would also save money on health-care costs, as vegans are less prone to heart disease, diabetes, obesity, and cancer than meat-eaters are.

“The easiest way for the Texas Department of Criminal Justice to save on the cost of inmates’ food—and health care—is to start serving vegan meals for breakfast, lunch, and dinner,” says PETA Executive Vice President Tracy Reiman. “It’s a great way to reduce violence too. After all, for each prisoner who goes vegan, Texas will also spare more than 100 animals a year from an automatic death sentence in a slaughterhouse.”

I am writing on behalf of People for the Ethical Treatment of Animals (PETA) and our more than 2 million members and supporters, including thousands across Texas, to offer a cost-saving idea that would help you to resume providing prisoners with three meals per day every day, as well as improve prisoner health and lower healthcare costs: Serve only vegan meals in Texas state prisons.

Most vegan foods are inexpensive, are easy to prepare, and provide much more nutrition per calorie (and per dollar) than meat, dairy, and egg products, which contain no fiber but are packed with artery-clogging cholesterol. Some examples of cheap, simple, nutritious vegan meals that you could offer inmates include stewed lentils, pasta with tomato sauce, and beans and tortillas. I would be happy to put you in touch with a professional vegan chef to help you develop more meal ideas.

Providing inmates with a plant-based diet will put them on the right track to living a healthy and productive life and can reduce their—and your prisons’—medical costs. Vegans are far less likely than meat-eaters to be overweight and far more likely to be in better overall health. The American Dietetic Association—the nation’s largest group of nutrition professionals—reviewed hundreds of studies and concluded that vegetarians have lower rates of obesity, heart disease, diabetes, and cancer than people who eat meat do. Because good health boosts happiness, a plant-based diet may also improve inmates’ morale and behavior.

While many of the inmates in your prisons will eventually gain freedom through parole or by serving out their sentences, innocent animals raised for meat, eggs, and dairy products are condemned to spend their entire lives in tiny cages, in extremely crowded sheds, or on filthy feedlots. They are routinely mutilated with no pain relief before being sent to a terrifying and painful death in slaughterhouses, where many have their throat cut while they are still conscious.

By switching to vegan meals for prisoners, the Texas Department of Criminal Justice can save money on food and health care, improve prisoner health, and help to put cruelty to farmed animals in detention.